Skip to main content
Body
< BACK TO CLEANROOM FACILITIES 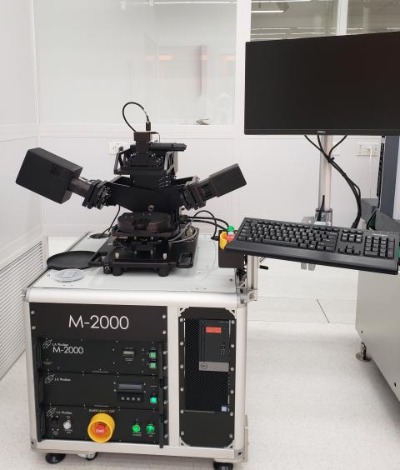 The M-2000 line of spectroscopic ellipsometers is engineered to meet the diverse demands of thin film characterization. The M-2000DI has the widest spectral range is 193 nm to 1690nm with simultaneous data collection at 690 wavelengths.

The system is equipped with auto angle base (45° to 90°) and auto focus function. The M-2000 is most commonly used to measure thin film thickness and optical constants.

It is sensitive to less than a monolayer of material (sub-nm) on a surface and yet can determine thickness for transparent films up to tens of microns.

The M-2000 can also measure the optical constants (both n and k) from any type of material, whether dielectric, organic, semiconductor, or metal.

CompleteEASE software is designed for EX situ and In situ applications. It is also installed on another workstation for off-instrument data analysis after data acquisition.

More information about the Cleanroom can be found here.