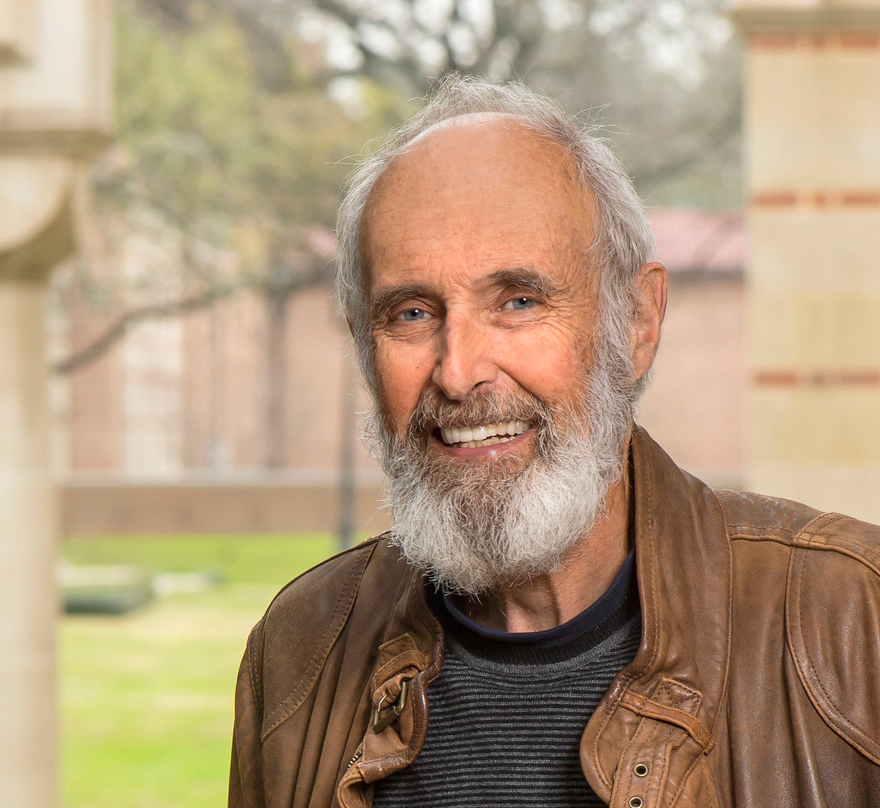 Klaus Weissenberger is a Professor in the Department of Modern and Classical Literatures and Cultures in the School of Humanities. He has taught generations of students at Rice and was magister of Hanszen College. Weissenberger specializes in nineteenth- and twentieth-century German and Austrian literature, poetry from Goethe to the present, non-fictional prose from antiquity to the present, and exile literature. He is the author of a number of standard book publications on the German-Jewish poet Paul Celan, one of the most influential writers of the twentieth century, most famous for his approach to literature after Auschwitz and the Holocaust.

Your research areas include lyric poetry, exile literature, and non-fictional artistic prose. How has research in the humanities evolved over the past ten years?

Research work in the humanities has always been related to life and the experience of living. Perhaps we have just become more acutely aware of this. Much of World War II, for instance, I experienced with my parents in an Australian internment camp, behind barbed wire. We did not suffer any real hardships, though, but the lack of freedom and news of the death of family members and friends back in Europe wasn’t easy. So we began to stage classical plays—Shakespeare’s Merchant of Venice (1605) and Friedrich Schiller’s William Tell (1803/4). That left a lifelong impression on me, not only because it showed that there was a world beyond the barbed wire, but also because it showed that there was an intellectual and cultural universe to be explored. Something that stood the test of time and continued to relate to who we are today.

Research in the humanities often has great urgency when it speaks to the way we live. Think about a topic like “toleration,” which is on our minds today for many reasons. Some of the most influential literary and philosophical ideas about tolerance and toleration first came to the fore in a 1779 play in Germany: Nathan the Wise, by Gotthold Ephraim Lessing. The way we talk about toleration today remains deeply influenced by this one play, which triggered a huge debate in its own time. That is how the humanities, but also the arts, relate to life: they allow us to reflect on who we are, and that also includes historical perspective. No other field in the modern research university is able to provide this insight.

You are a leading expert on Paul Celan, a poet deeply rooted in Jewish thought and culture who survived forced labor camps during World War II. Your interest in Celan’s poetry first began with your dissertation, and culminated in the organization of a 2020 international research conference on Paul Celan’s work. What initially drew you to Celan’s poetry?

In 1963, I encountered Celan’s most famous poem, “The Death Fugue.” It was probably written in 1945, but published only a few years after the war. There is perhaps no other poem, in any language, that is more successful in asking the question how to write about the Holocaust and how to write after the Holocaust. It contains the famous line “death is a master from Germany,” but it is written in German. Celan develops an extremely sophisticated lyrical language able to reflect and contemplate the sheer inhumanity of the Holocaust, without fully breaking with a specific poetic tradition. This led to my dissertation, and also my first book, Forms of the Elegy from Goethe to Celan (1969). If Goethe was to be the quintessential German poet, so was Celan, albeit under very different circumstances. But this goes to show, as Celan once put it, that “a poem, as a manifestation of language and thus essentially dialogue, can be a message in a bottle.”

You are a recent recipient of a Creative Ventures Subvention award (from the School of Humanities and Office of Research) for the publication of Lifelines: Paul Celan’s Poetry and Poetics. Could you tell us more about the forthcoming book?

With the conference and now the book we wanted to foreground the close relationship between life and poetry in Celan’s œuvre. His recently published correspondence, for instance, allows us to date many poems very precisely and to relate them to the debates he was engaging in in post-war Germany’s intellectual life. By dating his poems precisely, we can now see why he uses very specific and highly unusual words and expressions, because we are able to discover their sources: Celan would encounter an interesting word in a news article about assembly lines in a car factory, for instance, some technical expression, then carry out additional research, and finally he would use the expression in one of his poems, but in a very different context. Without this level of detail, it is impossible to fully grasp how someone like Celan wrote poetry. Research in the humanities often focuses on such detail.

In a time of social unrest and injustice, how have exile authors from the past provided insight for contemporary readers?

In my latest book, The Forms of Non-fictional Artistic Prose Among Authors Exiled from Nazi Germany (2017), I demonstrate how many authors fleeing from the Nazi regime employed non-fictional artistic prose—diaries, letters, travel journals, autobiographical sketches, essays, dialogues, and so on—to maintain and reconfirm their own identities. The way we think about identity is always embedded in language, for better or worse. It is language that allows us to either confirm or undercut what we conceive as our identity, and it also shows how these identities are historically constructed, either by us or by others. The authors that I examine in this book address this problem through a specific literary genre, non-fictional artistic prose, but it is precisely this literary form that makes them address the problem of identity in a much more sophisticated way than any political speech could do. We underestimate the political relevance of literature.

You have taught as a Rice faculty member for the past fifty years, and your academic scholarship is remarkable and distinguished. What advice do you have for junior faculty just starting out?

After my MA at the University of Hamburg in Germany, I came to the University of Southern California, first as a TA, where I completed my PhD. Some of the faculty there were quite skeptical with regard to my ideas about the poetic tradition of the elegy that eventually became my first book. What I planned to do was simply unusual, and with the exception of one particular professor I experienced a lot of resistance. My advice for junior faculty today is exactly the same that I received from this mentor: do research about subjects that you are really invested in, that you feel enthusiastic about, regardless as to whether they are fashionable or popular. Simply following the latest fashion will not lead to good research.