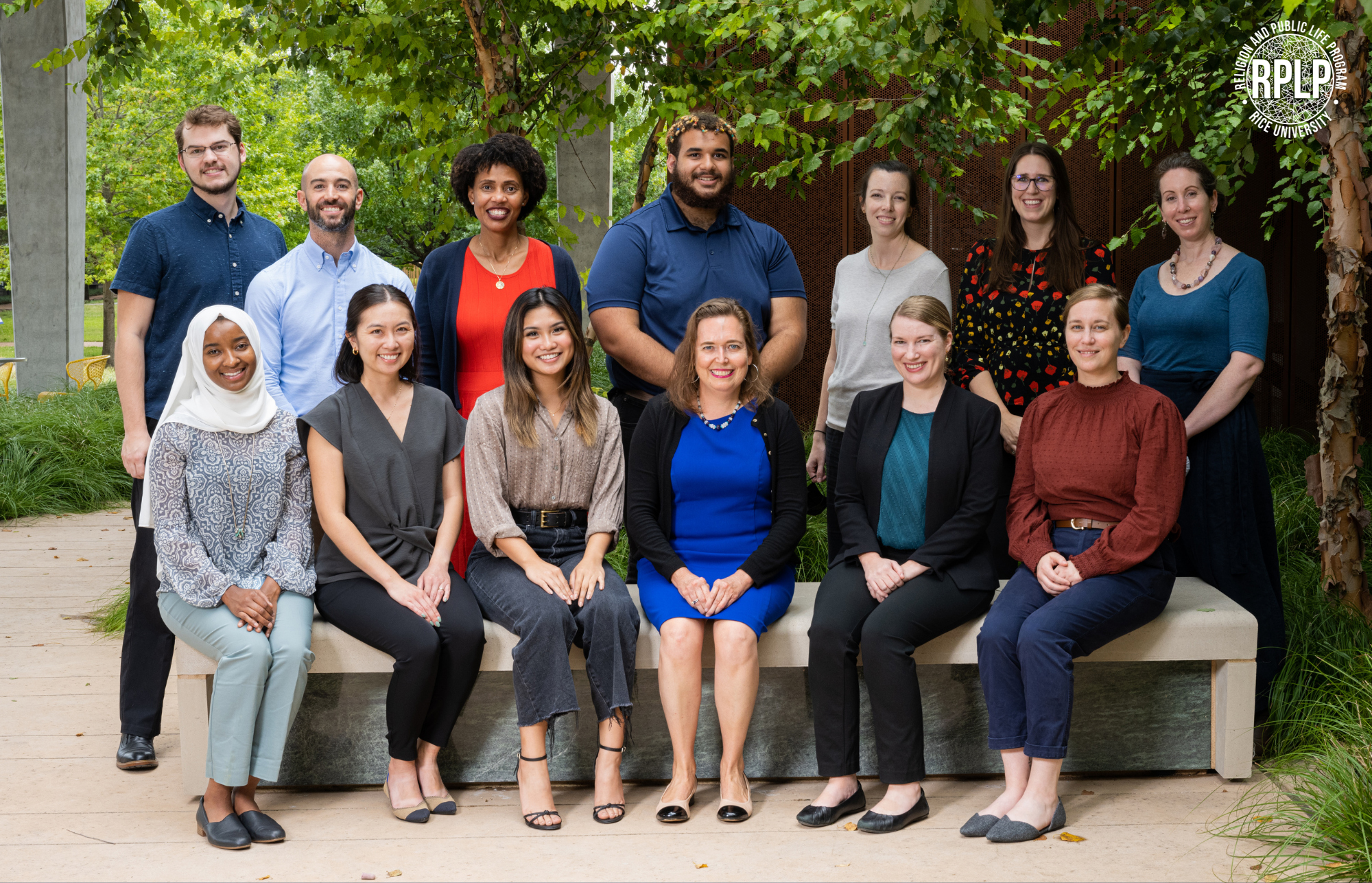 The Religion and Public Life Program (RPLP) in the Social Sciences Research Institute at Rice University recently celebrated their 10th anniversary at Rice. The RPLP uses social science research on religion to build common ground for the common good through empirical studies, community engagement, and scholarly training and pedagogy. The program is currently directed by Elaine Howard Ecklund, Ph.D., the Herbert S. Autrey Chair in Social Sciences and Professor of Sociology. We talked with Elaine about the research of the program.

What is the vision of the Religion and Public Life Program?

We start with top-notch research. Each year we try to bring in external grant funding to help us address some of the most pressing and polarizing issues of our time—in an impartial way. Recent research has explored the relationship between religion and its impact on things like science, poverty, racism, immigration, and politics.

We then move to translate that research to relevant communities through public events; religious, civic, and university leader gatherings; press releases and interactions with the media; as well as op eds, essays, and, now, a new podcast called Religion Unmuted. I have always been so grateful to be part of a university like Rice University. Universities are special spaces that allow for the exchange of ideas and, under the best conditions, can use research and teaching to affect change in society. Rice, and our location in the Social Sciences Research Institute, allows us to use the work of the Religion and Public Life Program to build bridges to people the academy would otherwise not reach, bringing together academic experts, religious leaders, and other kinds of leaders and constituents for conversations based on our studies and findings.

The pedagogical imperative of Rice University informs the core of our vision. I am especially proud that my colleagues and I have worked with nearly 80 undergraduates in research during our ten-year tenure. A core value is to train excellent undergraduates, graduate students, and postdoctoral fellows at Rice to do the highest quality research and to learn how to translate that research to various relevant publics.

Tell us about some of the program’s recent studies.

Thank you so much for asking! We are really excited about one of our smaller studies, funded by the BRIDGE program at Rice, that allowed us to examine how religious communities are responding to the pandemic and to increased calls for racial justice.

People experience events like COVID-19 not only as individuals but also in communities and in the social locations we inhabit, which social scientists take for granted that people understand. The pandemic threatened the health and finances of many faith communities. This potentially makes members who depend on religious gatherings for social support and spiritual encouragement, such as the elderly, even more vulnerable.

Also, the violent death of George Floyd in 2020 both began discussions, and intensified existing conversations, about racial justice and inequality in many realms of social life in the US. Our research shows that religious leaders across traditions have needed to grapple with these questions in relation to their faith and that their opinions and perspectives are often different from those of their congregants. Through our research, we find that many leaders who choose to formally speak about race with their congregations are met with opposition from congregants who argue that the topic is political and does not belong in religious spaces.

For the past several years we have also led a study funded by the National Science Foundation, entitled
“Experiences of Religious Discrimination.” We have already published some early findings on people’s experiences with religious hostility, discrimination, and violence as well as the overlap between religion and race-based violence. We will also share project findings with law enforcement, communities, and policy-makers in an effort to prevent future discrimination and violence and to support the victims of these crimes.

How has your research on religion and science and medicine been received during the pandemic?

We have taken a lot of media calls. Our research shows that the science and medical communities have perhaps underestimated the ways that values and beliefs resulting from religious and political identities and their overlap would have an impact on medical and scientific trust and by implication vaccine acceptance. Contemporary dialogue between scientific and religious communities is marred by massive misinformation, where participants assume certain things about the other. Social science research of the type we do through the Religion and Public Life Program helps us address these misconceptions about religious and scientific communities. We have spent a lot of time trying to publicize our studies, talk with the media, and to try to use research to show different religious constituents that scientists and medical experts are generally not against them and that the loudest voices are often not the most representative of the whole. These are the kinds of claims that only social scientific research can help us make.

Tell us about your study examining how religion and science intersect in the ways that people think about their bodies?

New terrain of debate about religion and science and medicine among contemporary people is the human body. We are in the midst of a national study funded by the Templeton Religion Trust that involves surveys and interviews, and we are finding that, especially around issues of mental health and illness, people still invoke religious ways of framing these issues. We will continue to examine the intersection of religion with science and medicine in relationship to how different gender and racial groups understand human reproductive genetic technologies, aging, and death and dying. Our local study at Rice University is part of a re-granting initiative administered through the Religion and Public Life Program on behalf of Rice University and University of California, San Diego where RPLP has been privileged to administer funding for 17 empirical projects on sociology of science and religion topics to universities including Emory University, New York University, and University of Zurich, among others.

How has the Religion and Public Life Program approached the topic of religion and gender?

We have a study and outreach initiative funded by the Henry Luce Foundation that examines how women understand religion and that brings women’s voices to religion in public life. We are proud of a new podcast that we have developed, which brings together religious leaders, activists, and scholars to talk about the role of women in religion.

You also have a project on religion in the workplace.

Yes, for the past two years, through the “Faith at Work” project, we have been surveying and interviewing Americans about how their faith impacts their work and their experiences of discrimination in the workplace through funding from the Lilly Endowment. We have now extended that project to collect more data on how the pandemic and increased calls for racial justice have impacted people in the workplace.

Members of the Religion and Public Life Program

All current RPLP fellows can be found here: rplp.rice.edu/people